A mysterious man and woman live separate lives in a house that is not their own. Who are these people? Why are they there? And what will happen when they meet?

An experimental narrative which captures the desire for sensuality and loss. It is part 1 in 5 short films focusing on relationships through the 5 senses. The pink box captures smell.

Bulb, is a metaphoric exploration for quarter-life complacency.

Every  weekend  through  winter  people gather at the old Fitzroy football ground in Brunswick Street to play, watch and embrace the game of football.

Reality Check is comedy revolving around the problems we all experience when dealing with technology.  Unlike most films where technology is always fast and reliable, this film is aimed at bringing a more realistic view to it.

During a free trip to France to meet his father’s new fiancée, an ungrateful Australian gains perspective on his place within the universe while visiting a wonder of the world.

The situation is dire on the farm for the Rohan family.  Whilst the two brothers are ploughing the field, their tractor breaks down. All sources of livelihood come to a grinding halt.

No love is as [im] pure as that shared between a brother and sister.

Is an essay film exploring construction on the Gold Coast. Builders of the South considers the idea of construction as a means of progress and how it affects daily life.

A woman grieving the loss of a loved one meets a teenage boy from the internet. Mockingbird is a quiet study of loss, longing and finding the moment that tells us to move on. 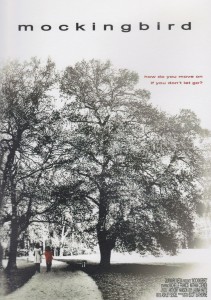 A man and two women, drinks, drugs, dance and chess.