A young girl who loves reading is bullied on a train. When her book is torn to shreds a stranger takes pity on her and gives her a book. It’s about a spy who works in a second-hand bookstore. As she continues to read the similarities between the Bookman and the stranger become too hard to ignore. Is the Bookman real? 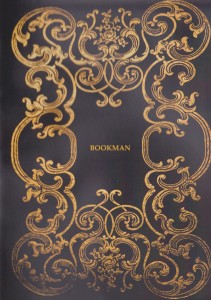 Joel has convinced a long time family friend to give his girlfriend a job. Everything seems fine when he picks up his girlfriend after her first day, but the tranquil façade of suburbia can be misleading.

An Italian cinematographer (played by Alessandro Figurelli) finds himself in the midst of the Greek social turmoil. “I’m a Nowhere Man, in a Nowhere Land” ..

My name is Brian MacKenzie.  I lived across the street from Greg Hardigan.

These are some stories he wrote about me.

After losing her seemingly perfect husband Mike to sordid affairs and pornography,refined upper class trophy wife ‘Lorna’ is lured into the seedy New York underground scene through an unlikely relationship with a prostitute named Bianca. Crumble is one women’s journey to self discovery and eventually getting out of the box.

Dean’s ideal romantic holiday turns upside down when he and his Japanese girlfriend encounter an elderly gentleman who has wandered off from a nearby nursing home.

Tim’s comfortable world is endangered when Marie, his partner of six years betrays him, but how does one react when what they hold close is threatened?

Through a surgery called maxillary osteotomie, a ‘girl that makes art’ presents a somehow eerie view of procedure.

A feel good short about a mysterious radio that ends up in the hands of John Butcher who discovers that it has the ability to tune in to peoples conversations.

A chance find, changes a mans life for ever…

In a warzone, a small boy is on the run. Dressed in army fatigues and shouldering a rifle, he is chased by a sniper intent on taking him out, despite his size.