Two thieves on a ‘smash and grab’  mission get more than they’d bargained for when they stumble upon the stash of a lifetime.

A black comedy about a misfortunate group of friends. When a celebration gets out of hand, a roller-coaster of events unfold and the group must decide what must be done.

A teenage boxer dreams of killing her sister. Kate hates Alex. This film follows Kate over a night and the following morning as she toys with the idea of murder.

The film is a kinetic interplay between dancer, text, and landscape, using the metaphor of the black dog, to suggest the master and servant in relationship to the dancer and the performance. The black dog is also a visual representation of depression and the lament of losing, acting as a spiritual journey of piety and chaos, residing in an aesthetic form of choreographic abstraction.

An ex army soldier, a pistol, and two sexy girls – a climax you wont easily forget. 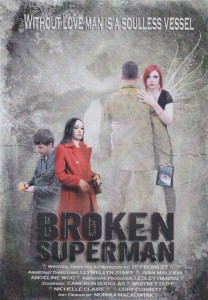 Mia always felt she was on the outside looking in, until the curiosity of a stranger opens up a bridge for her into the world of people.

It’s Evie’s 40th birthday, where her boozy friends debate the politics of children. Evie wants a baby, her husband does not. A belly dancer and the Golden Goblet of Fertility, may provide the answer.

A fire has burnt down the factory on Longlands street. Three young friends break in and explore the abandoned space. 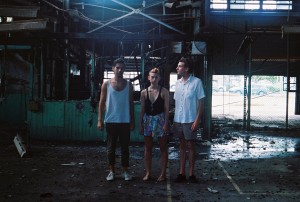 Terry, a homeless Dr Who fanatic, spends his days reflecting on his mistakes, and dreaming of being reunited with his long-lost son.  Will the universe offer him a second chance?

Two women pull up to a petrol station during a long summer road trip. A still moment of escapism in a long hot day.